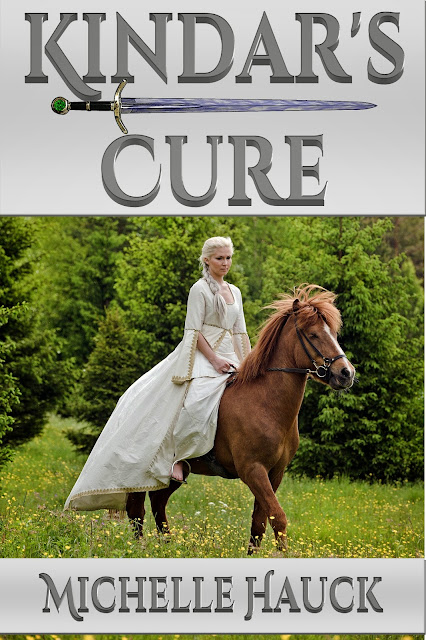 “Princess Kindar, Her Majesty will see you,” a chamberlain barked from her mother’s bedchamber.

Kindar strode forward alone. As the door closed after her, she sank into a deep curtsey before moving forward to the center of the room. Empress Eugenie Stefanous sat before a large mirror, clothed in her undergarments. Seventeen when her first daughter was born, the empress was still young, her belly and hips pleasantly rounded. Her auburn hair fell in a thick mass of long curls around a delicately painted face.


After bearing three daughters, Empress Eugenie had retired her husband, not wanting to ruin the fortunate omen with another child. Now she confined herself to her own amores. The empress’ two current favorites lounged on a chaise. Young enough to be her children, they sported more paint than their mistress. Kindar pushed down irritation that these wretches sat while she must stand.
Behind her mother, the First Minister Hayden wore a military uniform which had never seen a day’s fight. He held a sheaf of papers from which to report his latest information. Information his extensive team of spies provided. “… and the disposition of the Cushwair rebels remains unchanged.” Minister Hayden cut off as he saw her, stooping to whisper into her mother’s ear.

Eugenie lifted her eyes to Kindar’s reflection in the mirror. “I hear your humours are clean this morning, Daughter.”

Suddenly, answers clicked in Kindar’s mind. The physician had been suggested by Minister Hayden as punishment for failing to show him favor. Kindar narrowed her eyes. From such men as this, her mother sought the advice that would dictate her children’s futures. But this meant her mother might be well-disposed toward her. Her optimism grew to a painful intensity. After all, Eugenie needed all three daughters to give weight to the omen. Kindar curtseyed again. “Yes, Majesty.”

“Strange.” The empress turned her eyes from contemplating her own face in the mirror to favor her daughter with a glance. “Your humours are seldom clean.”

“It is more auspicious for the wedding, Majesty, if I’m not bled.”

“Perhaps.” Empress Eugenie set down a thick rope of diamonds and picked up a necklace of pearls. “That gown doesn’t suit you. You look like a scrawny washed-out rabbit. Why did I ever choose it? Never mind, I suppose it will do for you. I have made a decision about your future.” The minister bowed, looking suitably impressed.

“Yes, Majesty.” Kindar waited with a fluttering heart. The throne could not belong to an unmarried woman; the law made that clear. In addition to making her a legitimate heir, a betrothal would give her certain freedoms, such as the end of these painful morning visits. Even if she did not care for the peer chosen by her mother, a betrothal would give her status. She would be higher than Ceria, instead of equal, and able to overrule her actions.

Blog: Michelle4Laughs: It’s in the Details

For more information about my wonderful critique partner, Michelle Hauck, please check out this thoughtful interview on LAURIE'S THOUGHTS AND REVIEWS-Non-paranormal Features.