UPDATE: The Persecution of Mildred Dunlap is free today through Monday, October 22nd. In the author's words:


Please feel free to share with anyone you want to for in spreading the word
it raises awareness of the need for tolerance in our
world and also creates a valuable ripple effect to help
get animals out of cages and into their forever homes.

It’s been a while since the last, SHARING OUR VOICES post. I missed them, and I hope you did, too.  Today, I would like to introduce you to Paulette Mahurin, an amazing woman who has a strong sense of justice. She is in many ways what SOV is all about, an inspiration.

Why? For many reasons, which you'll see in a few. But namely because all profit earned by her novel, The Persecution of Mildred Dunlap, is being donated to the  Santa Paula Animal Rescue Center (SPARC), the only no-kill animal shelter in Ventura County.

Thank you, Angie Sandro, for inviting me to speak at your beautiful blog site. I’m really grateful for this opportunity. You asked me to go to your site and look at some of the past posts in Sharing our Voices (SOV) and when I did I saw that someone else had written about what I was thinking of writing, write from what I know, my experience.

So, never mind that idea. I’m laughing now because really it seems to defeat the purpose to think of an idea that is inspirational, when for me inspiration comes from a place that doesn’t involved thinking at all. That turned my light bulb on. So, what is it, inspiration, that stirs a stimulation to a high level of feeling or doing? The answer for me is intuition, that inner sense of knowing without rational guidance.

I once wrote that intuition is God speaking to me. This was never truer than when I worked in the second busiest emergency room (ER) in Los Angeles County, with the highest census of child abuse. I’m a Nurse Practitioner, and working in an ER means I operate just like any of the other doctors, independently handling patients, without taking on the serious trauma cases.

I saw things I had never experienced before yet somehow knew what needed to be done, that inner sense that said don’t send this kid home, no matter what the on-duty doctor thought. I learned to hone my intuitive skill and not over think or deny. It served me well and to this day I am grateful beyond description, I never lost a patient in the ER.

While I was writing, The Persecution of Mildred Dunlap, this inner sense kicked in. At first I ignored it, wanting to show off and write about all the research I had done. I spent hours on one subject and didn’t want to reduce it to a sentence. I wanted the recognition for all the hard work I’d put in, to feel proud. The problem was it didn’t serve the story, didn’t forward the action of the character’s dialogue or narrative. It robbed the story of flow, and I struggled with this.

I had spent days researching the Donner Party debacle, and wanted to use it in the story to show why people migrated south; avoiding the cold life defeating winters the  Donner’s got caught in, resulting in cannibalism—to settle in the Walker Lake area. I included a few pages about this, only to have my editor blast me that the story had switched from that of bigotry and persecution, a chaotic small town’s inhumanity to its fellow citizens, to that of a didactic history lesson.

Boy did I learn my lesson. Now what? What the hell do I cut? The flickering intuitive light that I all but smothered, started to glimmer. This time I paid attention to it, and stepped out of the way of the story, parked my not so intelligent ego, and let the story flow. I ended up with a few sentences. As a result of this type of editing the book is only 202 pages, lol!

Once I got in the groove of letting the story write itself, it was easy to feel the real inspiration that was motivating me to write this story; the injustice of Oscar Wilde’s imprisonment. All he did was become attracted to another man, love the other man, and make love to him. He could no more help that than a leaf can change its color, or a dog not wag when its owner comes home, the attraction of life forces, whether a man for a man, a leaf for carbon dioxide, a dog for a bone, are inexplicable elements of the mystery of life.

To blame someone for this is like blaming a flame for burning flesh, the rain from falling, and the miracle of all the senses created from beyond comprehension from simply doing what they do. This, my inspiration, made me write, kept me up through the exhaustion I live with (I have Lyme’s Disease), and motivated me, it still does to put this story to paper and spread the word: in the name of tolerance. 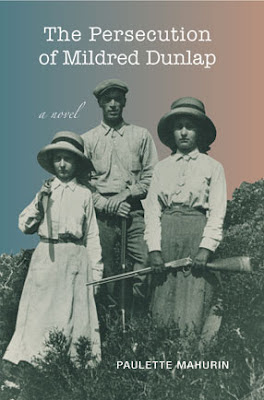 Synopsis: The year 1895 was filled with memorable historical events: the Dreyfus Affair divided France; Booker T. Washington gave his Atlanta address; Richard Olney, United States Secretary of State, expanded the effects of the Monroe Doctrine in settling a boundary dispute between the United Kingdom and Venezuela; and Oscar Wilde was tried and convicted for gross indecency under Britain’s recently passed law that made sex between males a criminal offense.

When news of Wilde’s conviction went out over telegraphs worldwide, it threw a small Nevada town into chaos. This is the story of what happened when the lives of its citizens were impacted by the news of Oscar Wilde’s imprisonment. It is a chronicle of hatred and prejudice with all its unintended and devastating consequences, and how love and friendship bring strength and healing.