I  have a special guest for Sharing Our Voices, whom I love and respect tremendously, Don McFatridge AKA DMcWild.

One of my favorite things about Don is his sense of humor. He's my go-to critique partner who cracks me up with the quick wit and humor in his current wip, PLANTED-I CAN WATER MYSELF (to the point where I'm LMAO). He also finds the funny in my manuscripts. Sometimes, I'm surprised that a particular scene I wrote has tickled his funny bone, since it wasn't intended to be
humorous, ugh oh.

Don has graciously consented to being my first guinea pig in sharing how his community influences his writing.  So, I'll zip it and hand over the blog to him. Take it away, Don! 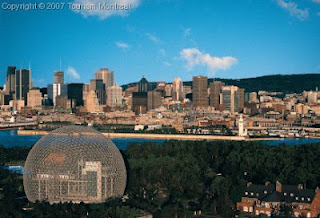 Pie A Near Of Comedy

Living in and being one of 33 million other Canadians is great because we get to trade with our neighbors to the south below us. Things like: fresh melted snow (with most of the yellow bleached out), Captain Kirk and Scotty, sand filled with tar (you think we would give ya the stuff for free since it makes for sticky beaches, which we don’t use with our long winters), hockey sticks (with player included), beavers named Justin and our biggest seller comedians. Yes, having snow six months out of the year has given Canadians a funny bone.

But, like a good neighbor, we export all of it to the warmer climate of . Talent like: Seth Rogan, John Candy, Leslie Nielsen, Howie Mandel, Dan Aykroyd, Martin Short, Mike Myers, Phil Hartmen, Michel J Fox, Dave Foley of Kids in the Hall, and our Grinch, Jim Carrey, to name a few. But all of these stars follow in the footsteps of Thomas Doc Kelley, ’s most famous pie-a-near of comedy.


While performing his traveling medicine show through (where I happened to be born. I got hauled to , kicking and screaming, at the age of four) in 1889, Thomas “Doc” Kelley invented the “pie-in-the-face” gag. Kelley happened to catch sight of an irate cook chasing a stable boy with a piece of pie. When the pie wound up hitting the boy’s shirt, it made the onlookers laugh. Kelley quickly concluded that a pie in the face would be even funnier. Supposedly, he said to a companion, "How about a whole pie, big and juicy, deliberately and carefully pushed smack into his face? How long do you think these folks would laugh then?" ﻿﻿

These wonderful Canadians inspire me to fill my stories with funny scenes and dialogue. Which I think every writer should strive for, because humor sells. But it can also be a simple snappy one liner, like the gem in Elisabeth Berg’s THE JOY SCHOOL. It’s the story about thirteen-year-old, Katie, who accidentally falls through the ice while skating. She is helped by handsome, far older, married, gas station attendant, Jimmy. Katie falls in love and Jimmy loves the attention.

As their relationship unfolds, so too does Katie’s awareness of the pain and intensity first love can bring. When Jimmy tells Katie he’s moving away Katie declares her love for him.

A few pages later Katie’s in class and unable to read what the teacher has written on the blackboard.


“No,” I say, “If you take the first line, and go all the way to the last line, that is what I can’t read.”
“So what you are saying, Katie is that you can’t read any of this.”
"Yes, Sir.”
A kind sized miracle has happened. The students in Mr. Spurlock’s class are sitting up, interested and alert.
“Well, do you need glasses?”
“No. A teacher would do.”

Bang. Katie’s answer is one of my favorites. She handled the rejection gracefully until she got to the classroom where she fires both barrels. It’s that type of snappy comeback that led me to write responses for the rejection letters I receive. Here is the one I’m currently sending to agents.


My name’s Dr. Frank. I’m writing about the rejection letter received by our patient at the Frank and Stein institute for violently insane criminals located in Montauk NY. I don’t wish to alarm you, but it seems he hasn’t returned from yesterdays day pass.


For your safety, I’m sending you his medication (taken rectally) by courier later today.

Now to end this guest post with what I consider to be one of the greatest snappy comebacks of all time delivered by follow Canadian Norm McDonald on Conan O’Brian’s show. Enjoy.