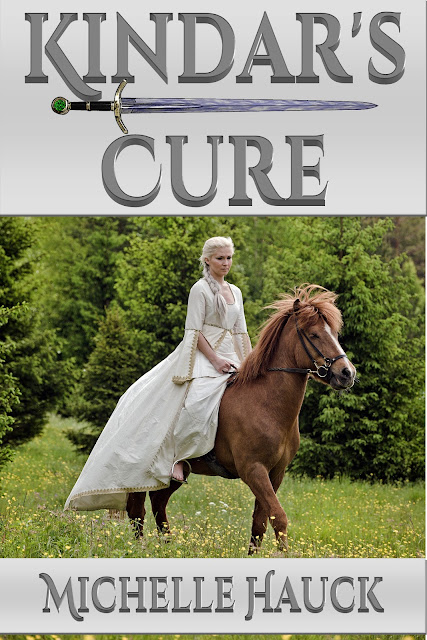 Blurb:
Princess Kindar of Anost dreams of playing the hero and succeeding to her mother’s throne. But dreams are for fools. Reality involves two healthy sisters and a wasting disease of suffocating cough that’s killing her by inches. When her elder sister is murdered, the blame falls on Kindar, putting her head on the chopping block.

No one who survives eighteen years of choke lung lacks determination. A novice wizard, Maladonis Bin, approaches with a vision—a cure in a barren land of volcanic fumes. As choices go, a charming bootlicker that trips over his own feet isn’t the best option, but beggars can’t be choosers. Kindar escapes with Mal and several longtime attendants only to have her eyes opened that her country faces dark times.

Her mother’s decision to close the prosperous mines spurs poverty and joblessness, inciting rebellion and opening Anost to foreign invasion. As Mal urges her toward a cure that will prove his visions, suddenly, an ally turns traitor, delivering Kindar to a rebel army, who have their own plans for a sickly princess.

Bio:
Michelle Hauck lives in the bustling metropolis of northern Indiana with her hubby and two teenagers. Two papillons help balance out the teenage drama. Besides working with special needs children by day, she writes all sorts of fantasy, giving her imagination free range. A book worm, she passes up the darker vices in favor of chocolate and looks for any excuse to reward herself. Bio finished? Time for a sweet snack.

Her YA epic fantasy, Kindar's Cure, is to be published by Divertir Publishing in May 2013. Her short story, Frost and Fog, was picked up by The Elephant's Bookshelf Press for their summer 2013 anthology.