A couple of weeks ago, I was extremely fortunate to win an autographed copy of Robert K. Lewis' novel, UNTOLD DAMAGE. Robert is also a member of AgentQuery Connect, so I'd heard about his book prior to its release. I couldn't wait to read it.

UNTOLD DAMAGE drew me into the story from the very first page. Why? For me it was the flawed hero. The gritty realism of the city. The raw emotions I felt seeing the world through this character's eyes.

I asked Robert where he found the inspiration for the character of Mark Mallen? His answer is as rich and full of depth as his novel. 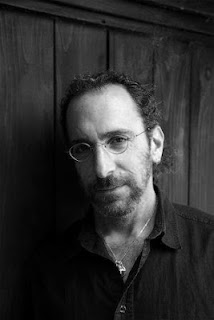 Angie, let me first say thank you for asking me to be here on your blog to discuss what inspired the creation of Mark Mallen, the ex-undercover cop, recovering junkie protagonist in my debut crime novel, UNTOLD DAMAGE.


Actually, Mallen was inspired by a LOT of different things. His origin lies in a short story I had published in an online literary journal named Cherry Bleeds, way back in December 2007. That story was called Needle Priest and dealt with a junkie, Mallen, shooting up in a church confessional on a dark, snowy night when a woman enters the church. In the dark confessional, she mistakes him for a priest and asks that he come back with her so he can give her dying mother the last rites.  Even though it’s revealed to her that Mallen is NOT a priest, he still ends up going with the woman, telling her:


“There's no priest that you'll be able to find tonight," he said quietly. "I'll go with you, and be with her until... until the end, if that's what it takes. Who cares what title I have, or even if this is my church? I don't know much, lady, but I do know what I was taught as a kid, and that was that God is supposed to live in each person's heart, and my heart right now is telling me to go and be with your mother, even to hear her confession if that's what she wants." He added in a quiet voice, "I'm telling you I want to go, and help you."


I’m a real junkie for redemption tales. I believe they can’t help but strike a chord with everybody. I mean… who doesn’t want a second chance to get their life put back together?


I’d printed out Needle Priest and had it up on the corkboard above my desk, along with a bit of flash fiction I’d written about a child killer called Little Visitor. My previous novel had gone nowhere and I needed something new. I was literally sitting at my desk, wondering what that something new would be when I started looking at the two bits of writing on the corkboard. I was actually mumbling to myself as I looked from one to the other, “Junkie… serial killer… junkie… serial killer… junkie goes after a serial killer. How would he do that?”


The answer came to me right away: because he’d once been a cop.


And that’s how Mallen really began.


Now, if you want to ask me about WHAT went into Mallen, well I’d start by telling you about my love of Noir. It’s a love that runs very, very deep. It begins with Dashiell Hammett and Raymond Chandler, and runs to the likes of Frank and Henry Kane, Mickey Spillane, Don Westlake (Richard Stark) and Ed McBain. All those guys wrote about guys who could certainly be considered to be Mallen’s fathers.


But there’s also a LOT of other influences that went into Mallen. I love 1970’s crimes films shot in New York: Death Wish, Taxi Driver, The Seven Ups, The French Connection, Serpico, The Warriors, and also non-crime films shot there like Midnight Cowboy and Panic in Needle Park. Other films, along with TV shows, that influenced Mallen’s creation and stories would be Dirty Harry, The Enforcer, The Streets of San Francisco, and Police Story, to name just a few.


The last influence I’d like to mention is he’s influenced by my sense of right and wrong. Mallen and I share the same moral compass, the same sense of loyalty to friends and family. I just want to add here that I wish I could take a punch as well as he does. He takes a lot of damage but he keeps moving forward. I love that about him.


Thanks again for inviting me, Angie! 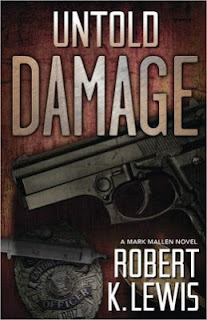