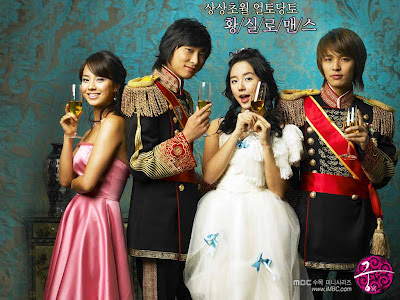 PRINCESS HOURS (#GOONG) is a wonderful Korean series I found on HULU, which I highly recommend for those of us who love YA and romantic comedies (if you watch don’t forget to click the subtitle box). From the very first episode it sucked me in and still hasn’t spat me out. I’m completely and thoroughly addicted.

Princess Hours is set in 2006, in an alternate reality where Korea has a royal family. The show revolves around Crown Prince Yi Shin (actor , Joo Ji Hoon), and an adorable commoner, Chae-kyeong (actress, Yoon Eun Hye), who, unbeknownst to them, were betrothed by their late grandfathers. When the King becomes ill, the royal family decrees it is time for Shin to marry and secure the royal line. 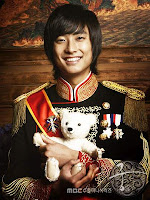 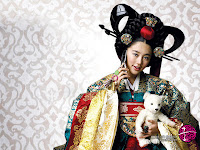 Shin is in love with a beautiful ballerina, Min Hyo-rin (actress, Song Ji-hyo) who rejects his marriage proposal in favor of pursing her dreams. Shin decides to abide by the betrothal agreement despite his distaste for his soon-to-be bride. 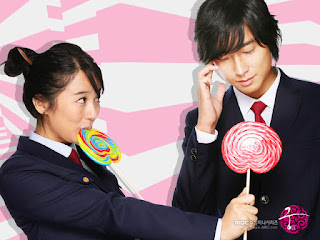 Princess Hours reminds me a bit of Pride and Prejudice with Crown Prince Yi Shin as a modern day Mr. Darcy. He’s remote, detached, and a big, fat, conceited jerk in the beginning, but over time he softens under the sweet, kindness of Chae-kyeong, who he affectionately calls Miss Airhead. 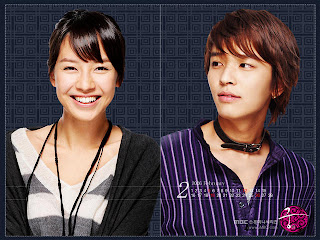 Add in the love quadrangle of his cousin, Prince Yool (actor Kim Jeong Hoon) and the ballerina ex-girlfriend--WHO WON"T GO AWAY-- and you’re in for smoldering/longing glances, heartbreaking *screams at the screen--can't you see she loves you, aaah** dramatic moments in this sweet, romantic fairytale that will leave you holding your breath, then gasping for air and believing in true love.
I loved both Shin and Yool equally, which I've found to be rare in a show. Usually, one character stands out. But, both actors did an amazing job of making their characters sympathetic. I spent the whole series rooting for both of them to win Chae-kyeong's heart and feeling guilty about it.
Has anyone watched this series, and if you have, who is your favorite character? Were you Team Shin or Team Yool? Also, if you have any series recommendations, please let me know.