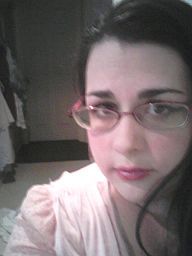 I'd like to welcome a special guest who is not afraid to share her inspiration with you today. I appreciate that she agreed to come on.

Welcome to the blog, E.B.

Thank you, Angie, for having me on your blog!


The thing that inspires me the most as an author is fear. I’m not an adrenaline junkie. I have enough fears without having to chase them and those are always at the forefront of my mind when I write.
When I created my blog, the url name “ebblack” was already taken, so I had to create something else. I’ve been afraid of death since I was a young child. It’s typical of me to wonder on a daily basis where people will go when they die and what happened to those I loved who are gone. I used to have nightmares about it every night as a little girl.
So of course, I thought it would be a good idea to pick “Death Author.” In fact, it has become a nickname of mine among people who know about my blog.
I also thought it would be fun to write about necromancers, which is something I regularly do. Why? Because what sounds more amazing than people who have power over death? The thing that scares me most is the thing they’ve learned to master.
When I wrote my novel, Medusa’s Desire, I was struggling with body image issues. This is not unusual for many women, but it can be crippling. I fear that I’m too ugly to be loved sometimes or refuse to look in the mirror because I’ll start criticizing my reflection.
I thought about Medusa. She’s so repulsive that people literally die when they look at her, yet as a human, she was once beautiful. How would it feel as a woman to go from being one of the most beautiful women in the world to the very ugliest? I had to write her story.
When I write, I can take every bad thing about the world, everything that has hurt me or others I’ve cared about, and gain control over it. I can struggle to make sense of an issue or just find a character who is sympathetic to something I or a loved one has gone through.
Writing is an escape for me, but also a coping mechanism. It’s no wonder that many writers become addicted to their craft.
-E.B. Black 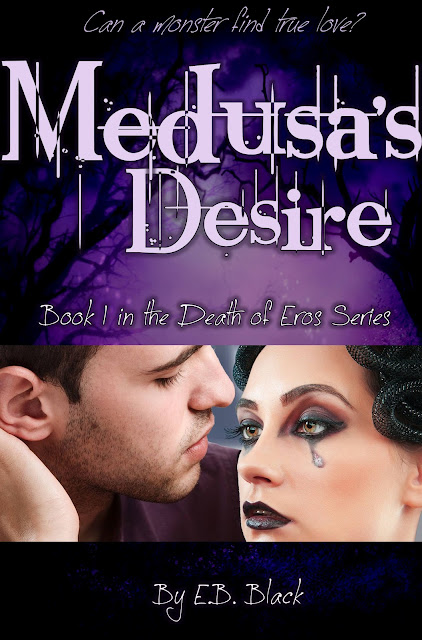 Available now.....
It all started the day her god raped her.

She transformed into an abomination through his touch. Her skin grew scales. Her eyes turned red. She screamed for help, but all who saw her became stone.

Medusa thought she would be alone forever, until the day a man came to kill her and fell in love instead. Now Perseus is running from those who hired him as he continues to love a girl who could kill him with a glance.