Clippership, super mod for the AQC Speculative Fiction Group, and a woman who I, and many others, consider a friend has graciously agreed to post about her inspiration for today's SOV.
The blog is yours, Joyce.
Once upon a time a little girl went out for recess. Her classmates streamed past her, split up, and rushed to their favorite corners of the school yard. The girl hung back, uncertain. It was the middle of the school year and the start of her third school. Big kids dominated the fields and courts, starting up large games of soccer and basketball. The small kids infested the playground equipment like a swarm. There were groups playing double-dutch or hopscotch along the school walls. The teacher patrolling the scene looked cross and tired. The little girl skittered down the steps and out into the chaos.


Wandering around for several minutes, it wasn't until a strong breeze tossed up the ends of her hair that she smiled. The tight ache in her chest eased a bit. She broke into a run, rushing for the back fields, arms held out against the wind. Schools might come and go but the winds were everywhere. She knew them. She named them. They followed her to the fourth school she attended that year. They stayed with her through the last three years of elementary school, whenever she didn't have human companionship.


To this day, she still knows their names and directions.


From about the age of ten on, she lost the ability to sleep well. Bedtime came. She lay in bed, tossing about, wishing her thoughts would turn off. Then one night, she learned to override the random thoughts. She began to create story adventures. Daring, silly, sentimental, horrifying, fantastical stories! The emotional lift eventually knocked her out each night. But the adventures didn't end there. Her subconscious mind wanted to play too, often picking up where her conscious mind left off. On some nights her conscious and subconscious went back and forth, weaving together a complex tale.


In the morning, the girl woke up, grabbed a notebook, and wrote the best of these adventures down.


In junior high, she learned how to disappear. Her school was overcrowded, with dark brick hallways, dark windows, and teachers teetering on the brink of nervous breakdowns. She avoided attention. Long stretches of time passed between friendly faces. In English class, the girl read A Tale of Two Cities and adopted the brooding Sydney Carton as her next friend. He walked by her between classes, stood behind her during lunch, and with his unique voice challenged her to do better with her class work. She didn't worry as much about the boys gleeking in the hallways after that, or the clusters of girls who moved in a pack, pushing everyone out of their way. When the girl didn't need him, Sydney lived inside one of her necklaces with his wife, the little seamstress.


The girl still has that necklace. 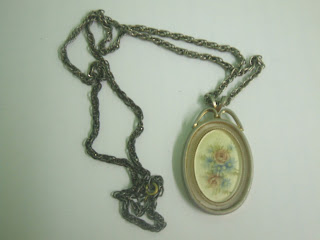 Her family liked to go on long drives for vacations. Eight people squeezed into the station wagon or van, the kids empty-handed usually. Her mom always brought music to listen to. They passed mesas, rolling plains, through hilly forests, along the edges of reservoirs, rivers, and canyons. Sometimes the sky filled with flat, gray clouds. Sometimes it was a brilliant blue dome, the clouds formed into shapes with an obvious 3-D effect. The girl leaned on the car window, picturing armies on horseback rushing through the sagebrush, griffins played hide-and-seek in the clouds, tall castles rising from the edges of the plateaus and mountains.


Long drives remain one of her favorite things to do.


In quieter moments, she sat at her desk, turned on some music, and drew. Her people and creatures came out cartoonish--although she did pretty well with fashion design. Then one day, she took a piece of poster board and drew a map of where her stories happened. Ah hah! She loved to study maps. Creating maps of fictional worlds came naturally. It relaxed her.


Today, she can paper the walls of her office with her largest maps.


It doesn't take much to inspire this girl: a phrase, part of a picture, someone's expression, reading of real-life sacrifices and bravery, a song, a color, or a dream. Moving from place to place, meeting many different people, experiencing acceptance and loneliness, and especially discovering herself have shaped her eccentric perspective. She learns from everything. And hopefully, she has something to share to inspire others.