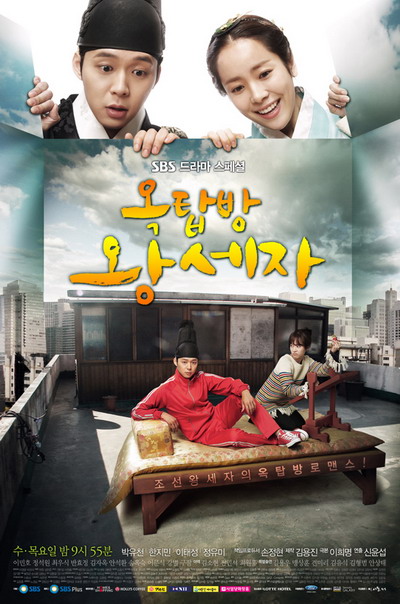 This romantic comedy is currently airing on SBS. I've been watching it on HULU, which airs about a week behind (I think). This is a wonderfully clever series. It has the perfect blend of funny and tragic—with an emphasis on funny, unlike Love Rain which has been a real downer for the last several episodes.

Don’t get me wrong, I’m still addicted to each new episode of Love Rain, but I’m glad I found this series. I admit it is my favorite out of the two shows.

When Crown Prince Lee Kak of Joseon (Micky Yoochun ) discovers his wife, the Crown Princess, has been poisoned, he puts together an elite team of retainers, Song Man-bo (Lee Min-ho), Woo Yong-sool (Jung Suk-won), and Do Chi-san (Choi Woo-sik) to investigate the motive behind her murder. 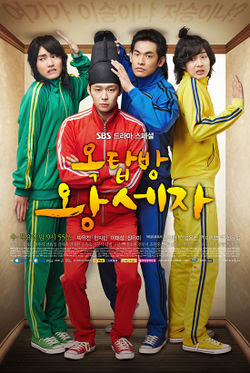 ﻿﻿﻿﻿﻿﻿﻿As Crown Prince Lee Kak and his men wait to interview a witness, a group of assassins appear and chase them off of the edge of a cliff. They are mystically transported 300 years into the future and land in the rooftop apartment belonging to Park-ha (Han Ji-min) in 21st century Seoul, South Korea.

In the present day Seoul, the Crown Prince meets Joo Se-Na, (Jung Yoo-mi) who has an uncanny resemblance to his deceased Princess. He realizes if he wants to solve his Crown Princesses murder, he must discover how the two eras are connected.

This show is hilarious. The poor Crown Prince and his retainers are absolutely clueless when they arrive in the modern world. They’ve never seen cars, they're alone in a fast-paced world without money, or modern clothing. If not for Park-ha they would be in jail.


I’ve only watched this show up to episode 17 on HULU. I can’t wait to find out how the mystery unravels. I’m hoping for a happy ending, and I’m scared I won’t get the one I want.