Well, I turned 40 last Thursday. Thank you to all those who wished me a Happy Birthday, you did indeed made if full of awesome. The one thing I promised myself was that my 40s would be a healthier decade.

So I made some goals:

Okay, I think that’s about enough goals for the first month. Don’t need to be all unrealistic about my abilities and set myself up for failure right?


I used to have a regular biking schedule, but I kind of let it lapse over the last year for various reasons. None which are valid…so I won’t share….oh, right, that was one of my goals. Being more open.


For the last four mornings, my father-in-law and I have gone bike riding. My rear end is currently a mass of bruises. That’s the hard part about getting back on the bike after so long. Even with padded bike shorts it takes a while to build up your seat.

I got on the nicotine patch and had really vivid, lucid dreams. Totally found the plot of my next book from one of those dreams. Today is day five without smoking a cigarette and the second day without a patch. No real nicotine withdrawal symptoms so far today. I think exercise helped with that.

Went to the farmers market and Trader Joe's and stocked up on fruits and veggies. Yum! 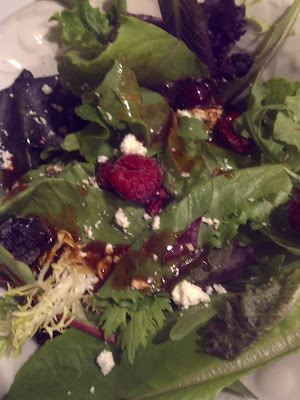 I bought a lot of spinach. Maybe subconsciously my body is craving something, but I have frozen spinach and salad making spinach. Weird.

I stepped on the scale this morning and I’ve lost five pounds. I’m pretty happy about that.
On to the last goal.

This is a hard one for me. I’m a really private person and opening up just isn’t my style. But it is a goal, and I’m on a role. Starting on Friday, I plan to post one thing about me that most people probably don’t know for 40 weeks. We’ll see how deep I can go. Most people have things they would never in a million years share. I doubt I’ll be sharing any of those kinds of things either.

Email ThisBlogThis!Share to TwitterShare to FacebookShare to Pinterest
Labels: 40 Weeks of Me