I’ve been living in a happy bubble for the last few months as I prepared for the July 1st release of my debut, DARK PARADISE. The contract negotiations between my publisher, Hachette Book Group, and Amazon were barely a blip on my radar.
I should have paid more attention to the news about Amazon discouraging customers from buying Hachette titles and delaying shipment of some books, as reported in the New York Times by David Streitfeld.


If I had, I would’ve known that many popular Hachette authors like Malcolm Gladwell, Stephen Colbert, James Patterson, J.K. Rowling, writing as Robert Galbraith, and others have been affected by these tactics.


Maybe I wouldn’t have been blindsided on Thursday night when I went on Amazon and searched by title for DARK PARADISE, and discovered it’s missing. 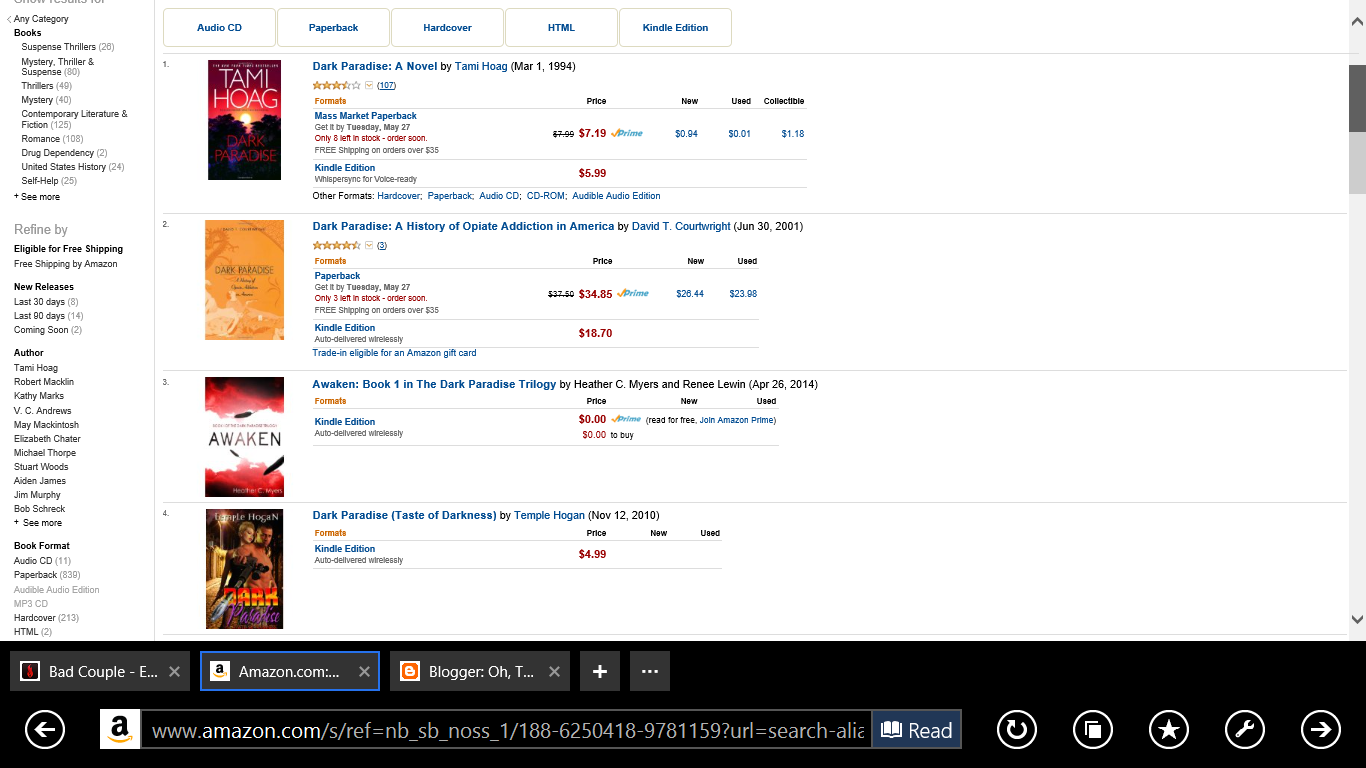 The only way to find DARK PARADISE is to search by author, ANGIE SANDRO. 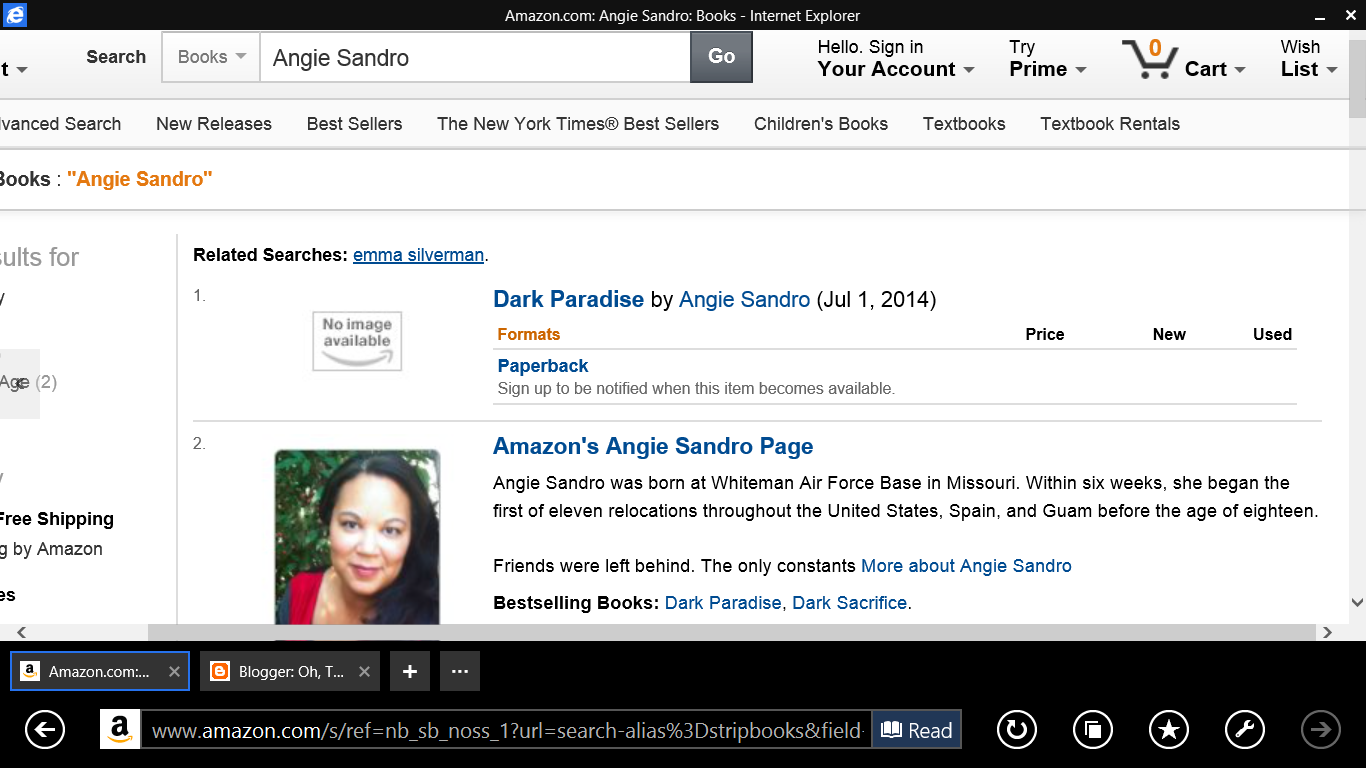 Not that it does a potential buyer any good, since my novel is currently UNAVAILABLE! Amazon even removed my beautiful covers. 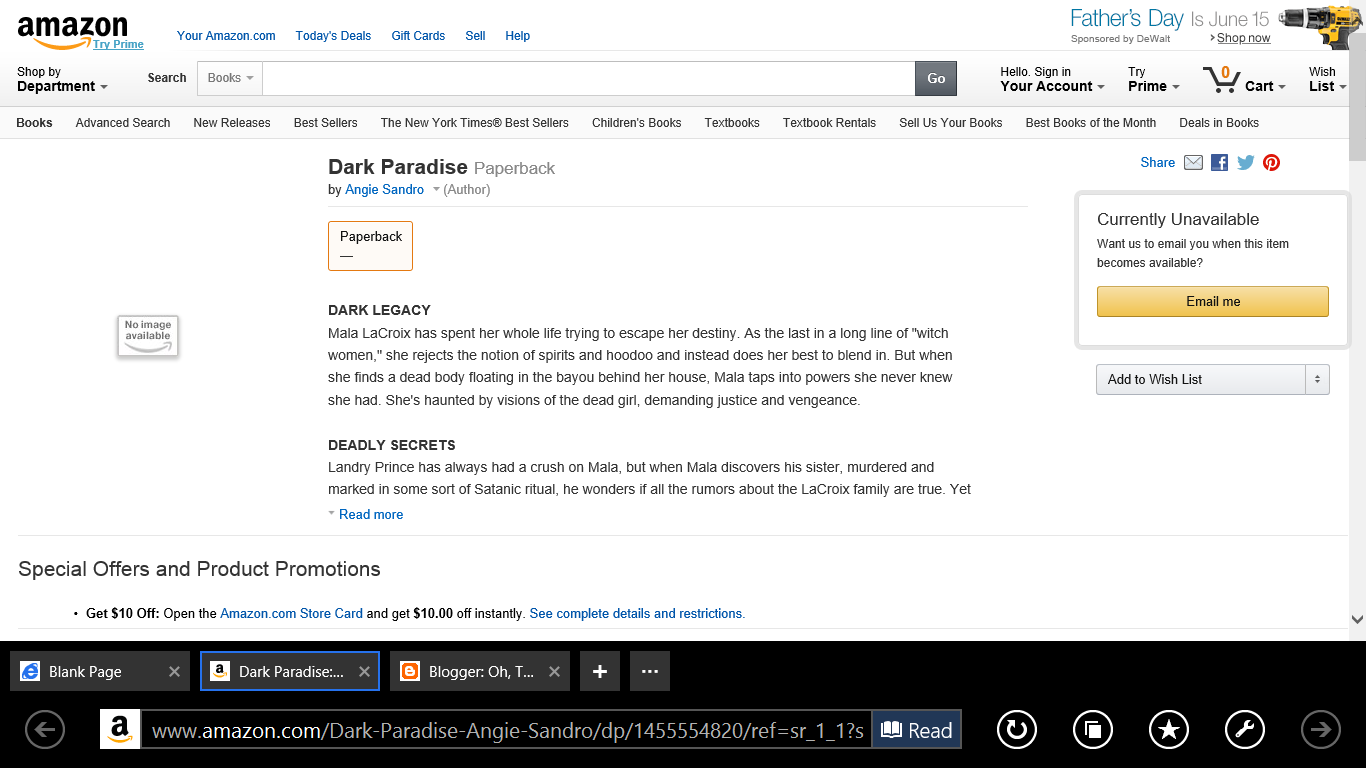 I’ve had a few days for this to sink in, and I’m still writing this post with a rage cloud hovering over my head. I despise bullies! Amazon's actions made me feel helpless and spat upon. I may be just a little voice in this fight, but I will YELL as loud as I can until I'm heard.
I always root for the underdog, and I'm not the only author whose publication dreams are being stomped on.
Hell, I don't even have it the worst out of the Grand Central/Forever authors debuting in July and August.
Lia Riley's novels, UPSIDE DOWN and SIDE SWIPED, are missing. As in, the only thing remaining on Amazon is her author profile. 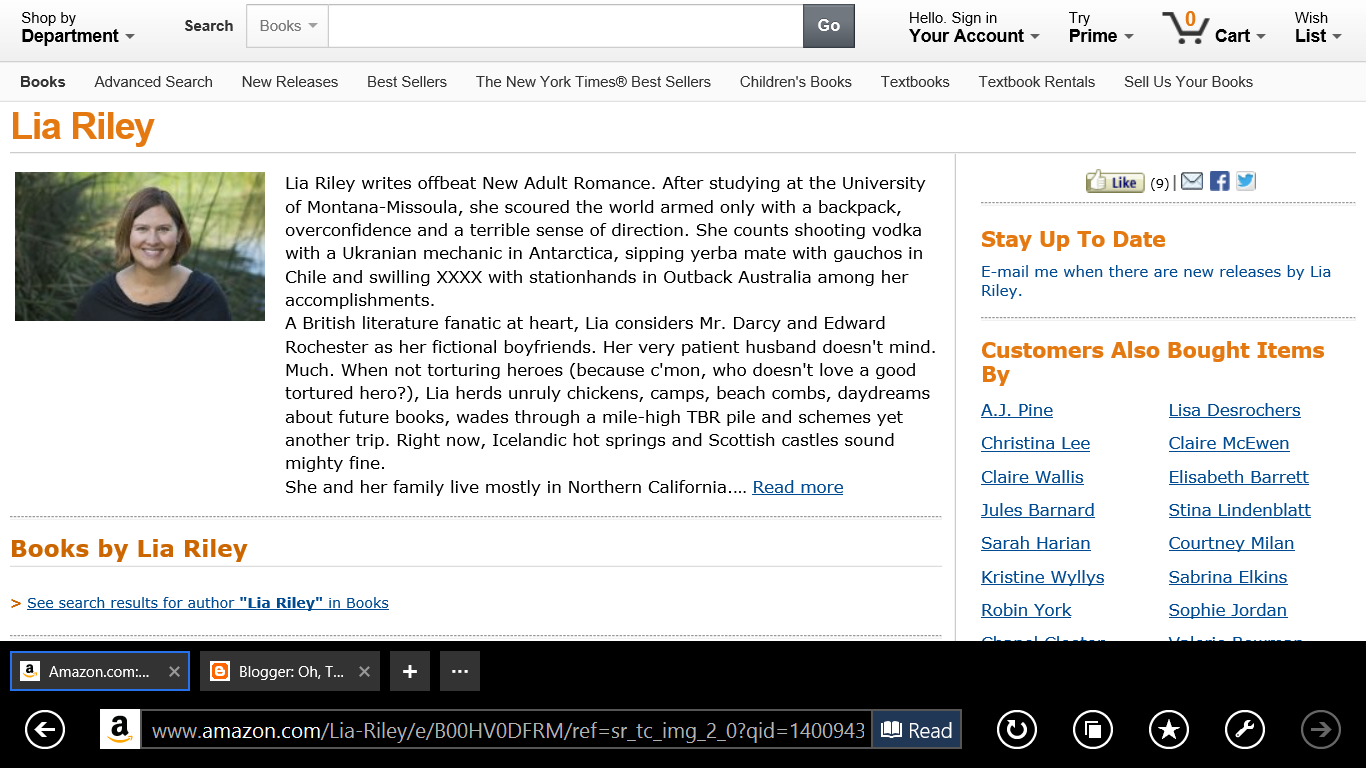 Eliza Freed still has her gorgeous covers, but her novels, FORGIVE ME, REDEEM ME, and SAVE ME, are also unavailable. How random is it that three authors have been slammed in three different ways? 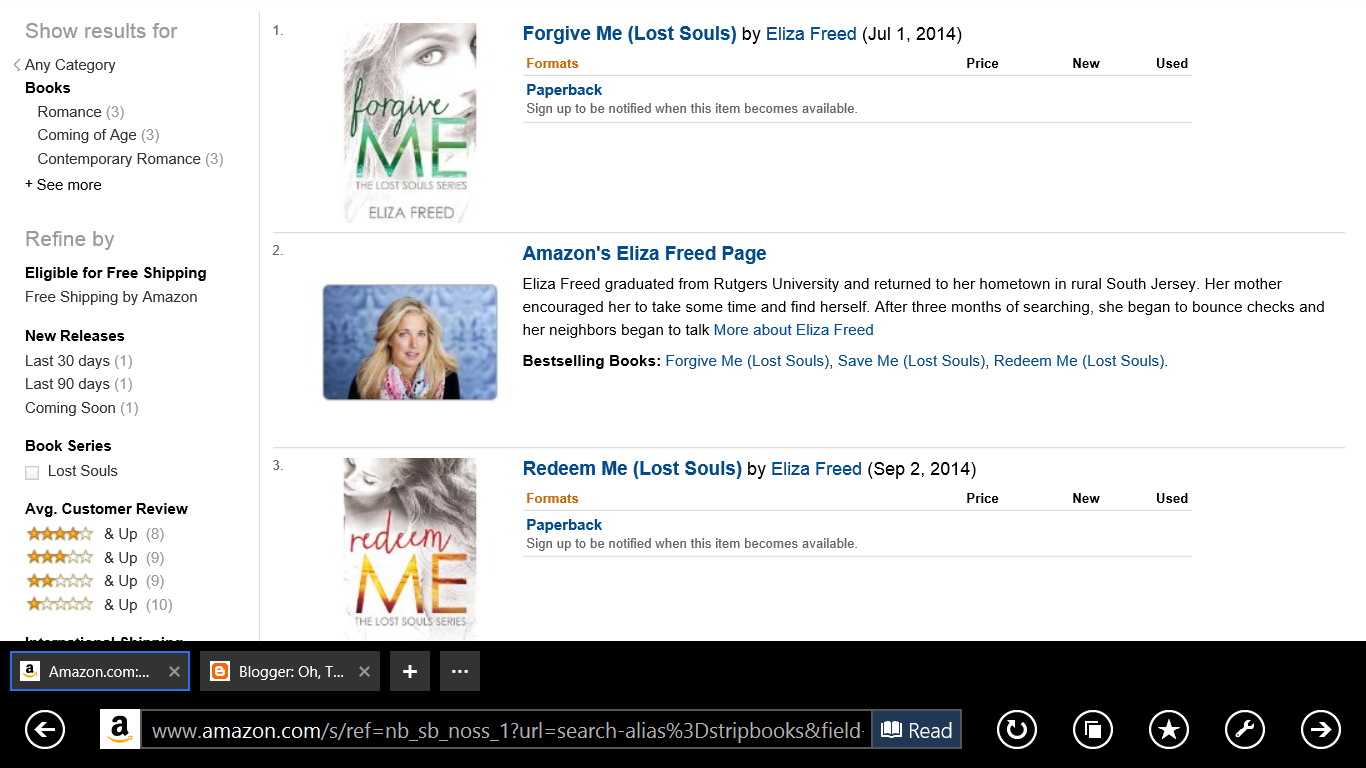 It was an eye-opener for me to realize how often I purchase books on Amazon. I would check my author ranking on Amazon and do a little dance every time I had a pre-order listed. My mindset in this regard has changed.
I linked the novels listed in this post to Barnes & Noble, but there are a lot of stores out there supporting Hachette authors. Books-A-Million and Zola Books are offering 30% off Hachette titles.
Also check out THE BOOK WHEEL #ReadHachette campaign to support your favorite Hachette authors.
I said earlier that my voice is small, but it is amazing what can happen if we all yell together. My thanks to everyone who has supported me by pre-ordering DARK PARADISE through other vendors. I appreciate your words of encouragement by tweet, email, and FB like. You've turned a stressful time into one of hope.
Thank you!