I’ve found my K-Drama gang @writercherie @j_a_bennet @SBrownwriter which is totally cool. When I talk about my K-drama addiction, my real world friends (as opposed to on-line friends who I can’t see) kind of roll their eyes and mumble, “Oh, it sounds good,” followed by an even quieter grumble, “Shut up already, Angie.”
It’s wonderful to have a posse. I can gush about my favorite shows without feeling like a freak. Without their reviews, I never would’ve watched FLOWER BOY RAMEN SHOP (2011). I started the first episode a few months ago, but I didn’t get past the first fifteen minutes for some reason I don’t remember. Either writing or the kids interrupted and I never went back.
Then my K-gang started talking about how good it is. I was caught up on episodes of FLOWER BOY NEXT DOOR (2013), the third show in tvN’s "Oh! Boy" series, which also includes SHUT UP FLOWER BOY BAND (2012). Since Flower Boy Ramen Shop is the first in this “Oh! Boy” series, I thought why not give it a shot.


Holla! I totally marathoned this 16 episode series over a weekend.


It begins with Yang Eun Bi (Lee Chung-Ah), a college student studying for her civil service exam to become a high school teacher. Stress has the girl teetering on the edge of a nervous breakdown. All it takes is accidentally meeting Cha Chi Soo (Jung Il-Woo), the handsome and arrogant son the biggest food conglomerate in Korea, in a public bathroom stall, followed by a public break up with her cheating boyfriend, to shove her off the ledge. 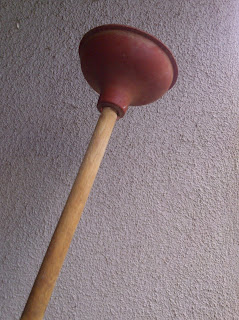 Every time Eun Bi came on screen, I squirmed with contact embarrassment. The girl was a dripping-hot mess.
“Good God, please, you’re killing me. Resist temptation. Don’t do it!” I yelled at the screen as I watched her fall under bratty Cha Chi Soo’s spell, sealing her dooooom!


Yeah, and all of this happened during the first couple of episodes.

It only gets better and better. The show has a fairytale feel to it at times—true love, a dictator villain, Sleeping Beauty trapped in the tower in need of rescue and ramen. I won’t say any more, other than I will forever associate a toilet bowl plunger as a crucial artifact to represent the pinnacle of climactic storytelling.